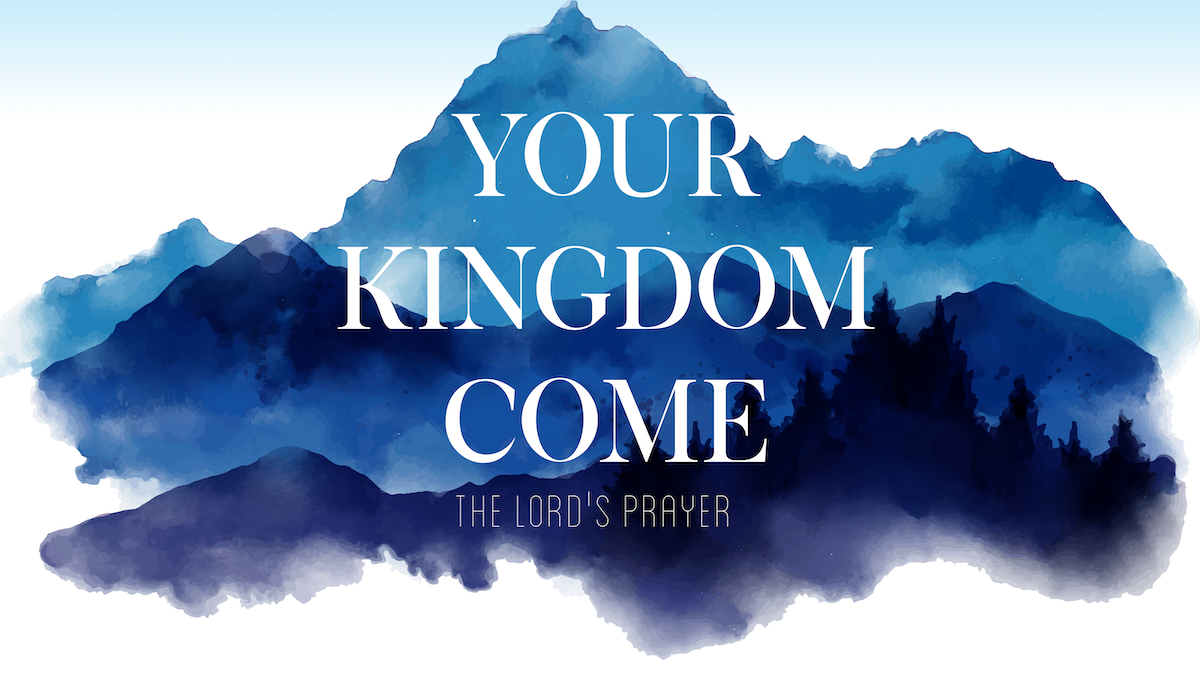 When we pray Your Kingdom Come, we realize there is more than one kingdom in this world. We see this throughout history. There are always wars, battles, and tensions. Our daughter askes to see movies without ‘bad guys.’ I then have to explain to her that almost every movie and story has ‘bad guys.’ There is always a battle of good versus evil. These battles are in all of the great novels and stories; Frodo vs. Sauron; Ahab vs. Moby Dick; Aslan vs. the white witch; Peter Pan vs. Captain Hook.

The story of enmity and hostility began in the garden of Eden. God had made all things good (Gen 1:9-31). Then stepped in the serpent (Gen 3:1), who denied God’s goodness and placed himself opposing God’s word (Gen 3:2, 4-5). He lied and told them that they would be like God, which is untrue because they were already made in God’s likeness (Gen 1:26-27). He stated that they would be like God in that they would know good and evil (Gen 3:5). Satan is crafty, and a liar (John 8:44, 10:10; 1 Pet 5:8-9) his comment that they would know good and evil is correct. However, they already know and see what is good, “Every good gift and every perfect gift is from above” (Jam 1:17). Adam and Eve now know evil. Derek Kinder says so eloquently, “So the tempter pits his bare assertion against the word and works of God, presenting divine live as envy, service and servility, and a suicidal plunge as a leap into life.” The LORD God curses the serpent (Gen 3:14-15). God says that enmity will be put between the serpent and the woman and the woman’s seed will crush the serpent’s head (Gen 3:15). Verse Fifteen is known as the ‘protevangelium,’ the first gospel. The seed of the woman, the snake crusher, is Jesus, who will defeat Satan and his kingdom.

The Bible shows the battle of the Seeds, the war of the two kingdoms. When Jesus is tempted by Satan, similarly to Adam and Eve in the Garden, Satan took Jesus us to a very high mountain and showed him all the kingdoms of the world and their glory. Satan promised, “All these I will give you if you will fall down and worship me” (Matt 4:1-9). Jesus came to fulfill the promised in the Old Testament as the king who would sit on David’s throne forever (2 Sam 7:16; Jer 33:17). Christ’s kingdom is opposed to Satan’s. They are built upon different foundations, made from different materials. When we pray Your Kingdom Come, we are praying that Satan’s kingdom would be defeated, that the dominion of sin and Satan would be conquered. We pray this broadly speaking as we wish to see people lay aside their own crown and bow down and worship the one true God. We also pray that we would abhor sin in our own lives. We pray that any kingdom that is not God’s be destroyed. To utter these words is simple, but for us to sincerely pray that God’s kingdom would come and not ours. Our lives would seek to be citizens of God’s kingdom rather than rulers of our own. Which kingdom do you desire to see the rule in your life? Do you pray the prayer of John the Baptist when he says, “He must increase, but I must decrease” (John 3:30)?

We pray Your kingdom come that God would advance His kingdom. We pray that God would advance his kingdom on earth as it is in heaven. The theme of God’s kingdom is an excellent theme to study as it is laid out through the scriptures. We do not have time during this short devotion, so we will look at the Kingdom of Heaven in Matthew. Matthew refers to the Kingdom (x55) more than any other gospel, Mark (x20) or Luke (x46), or John (x5). Matthew explains how one can or cannot enter the Kingdom of Heaven. The rich are unable to pay for it (Matt 19:23-24). The righteous are unable to earn it (Matt 5:19-20). The selfishness that seeks to make it exclusive (Matt 23:13). The Kingdom of Heaven is unlike and opposed to Satan’s kingdom (Matt 4:8, 8:12, 12:25-26, 13:19).

When we pray your kingdom come. We pray that God’s kingdom would be advanced throughout the earth. Christ has defeated death and sin on the cross. Geerhardus Vos, a 20th C. Princeton theologian who explained it this way, “The kingdom, it was believed, comes when the gospel is spread, hearts are changed, sin and error overcome, righteousness cultivated, a living communion with God established. In this sense the kingdom began its coming when Jesus entered upon his public ministry, his work upon earth, including his death, was part of its realization, the disciples were in it, the whole subsequent history of the church is the history of its gradual extension, we can act our part in its onward movement and are members of it as a present organization.” We pray that people from across the world would hear the gospel of Jesus Christ and pray that he would become their king. We pray that people might humbly repent and seek to live their life out for the Glory of God by seeking God’s will. We pray that the King of Grace would spread, more than any virus would. That we would be bold in proclaiming the gospel to our friends and neighbors. We can start praying for our VBS that we will be having, Lord willing, in July. We pray that God’s kingdom of grace would advance as we share the good news of Jesus to the children in our neighborhood.

Finally, we pray that God’s kingdom would come. We pray that his kingdom would come accelerated. We would pray the last verses of Scripture would become a reality. “He who testifies these things says, “Surely I am coming soon.” Amen. Come, Lord Jesus!” (Rev 22:20). Herman Ridderbos has a great book on the topic called the “Coming of the Kingdom.” This book is not an easy read, but Ridderbos loves to use the expression ‘pregnant’ referring to the kingdom. That the theology of God’s kingdom is not found in one single passage but is unpacked throughout the scriptures, and even now, we do not see in detail the beauty and splendor of the doctrine. When we pray that God’s Kingdom would come on earth as it is in heaven. We realize that his kingdom is not yet here in all its glory. We are between the two advents of Christ. I am currently awaiting my ordination service because of the Virus we are unable to have it. I have completed all my examinations and have been approved to be the pastor at Seven Springs, but I am yet to be ordained. There is an element of now, but not yet. Similarly, in November, the people elect a president of the United States of America, but not until Inauguration day in January is the President sworn into office. This concept is called “now but not yet” or Inaugurated Eschatology. Christ rules and reigns now, but we realize when he returns that his kingdom will be inaugurated in all its glory.

We pray your kingdom come; we are praying that we would see God’s kingdom in all of its beauty and splendor. We would see Christ descend from heaven and finally defeat Satan with the fatal blow. We pray that his kingdom of grace my come now, but also that the same kingdom of glory come quickly as Jesus the last time to judge the living and the dead. We should be longing for the day when we get to see our savior face to face. We should be yearning for the day when we, with all the saints, bow down and worship Him. As we long to gather together again, we should long for the day of Christ’s kingdom coming in all of its glory. As John Flavel said, “[Christ’s] absence is a mountain of iron upon my heavy heart. O when shall me meet! How long is the dawning of the marriage-day! O sweet Lord Jesus, take wide steps! O my Lord, come over mountains at one stride.”