During COVID-19 we have adjusted our regular schedule of ministry and events. We have adjusted our Sunday morning service to be conducted outside so that people may drive-in and listen on their car radio. The Westminster Larger Catechism 136 explains that the sixth commandment forbids, “the neglecting or withdrawing the lawful and necessary means of preservation of life.” We believe during this time we should do as much as possible to limit, contain the virus so that we might value and protect life. We believe all mankind is made in the image of God and from the womb to the tomb we wish to value life.

In the morning, O LORD, You will hear my voice; In the morning I will order my prayer to You and eagerly watch.- Psalm 5:8

Come, bless the Lord, all you servants of the Lord, who stand by night in the house of the Lord!- Psalm 134:1

For from him and through him and to him are all things. To him be glory forever. Amen. Romans 11:36 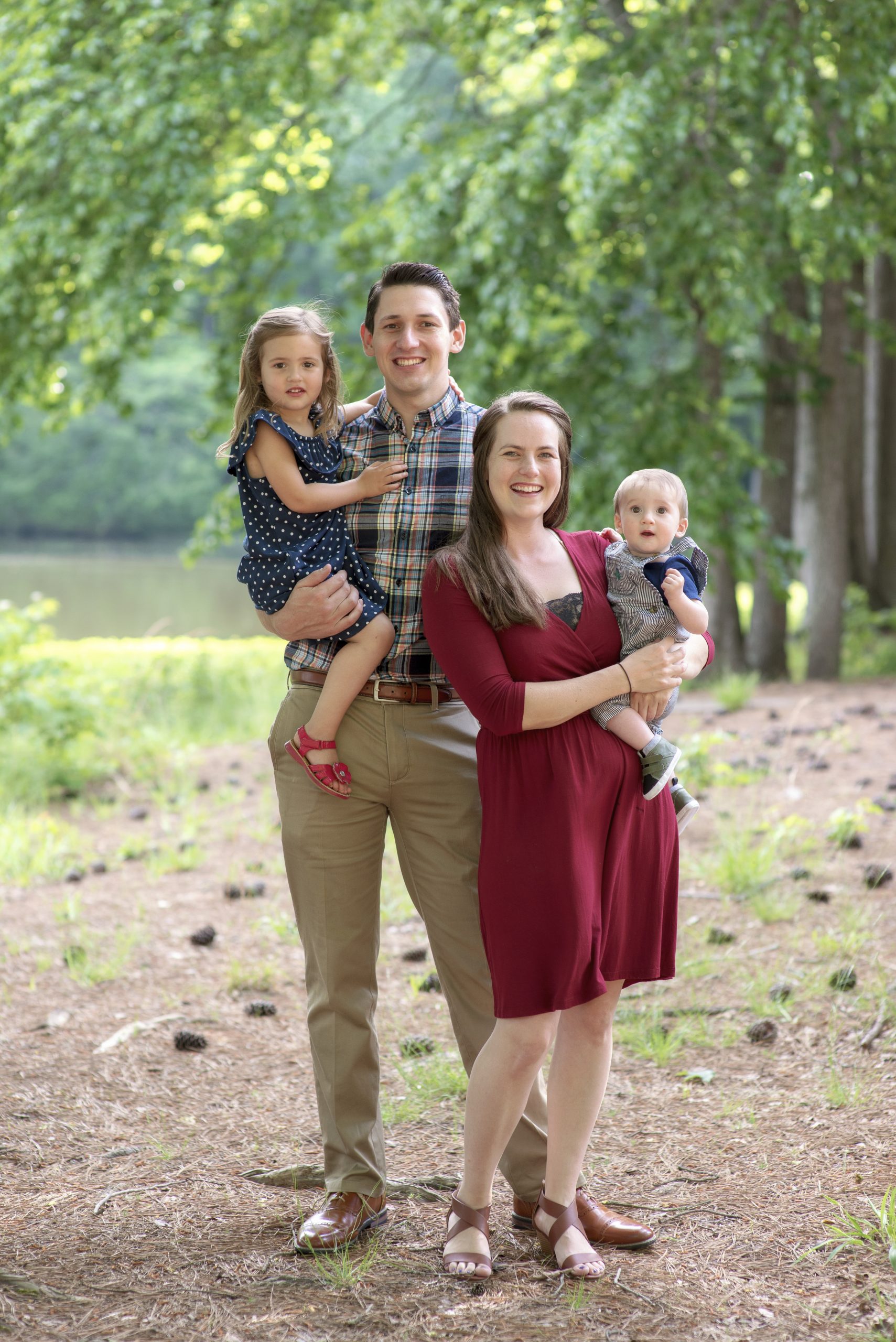 Thomas was born and raised in Australia in a family of eight. After High School Thomas took up carpentry as a trade completing an apprenticeship and further studies in building and construction. When Thomas was in elementary school he heard the gospel and realized that no amount of good he could do could make up for the bad he has done. He was a sinner in need of a savior. He became a Christian and that changed his life forever. He served the church in a variety of positions.

Thomas moved to America in 2014 with his then fiancé and now wife Sarah and they have two children Stella (4) and Calvin (1). Thomas completed a M.Div at Reformed Theological Seminary (2018) in Charlotte NC. Thomas will be ordained into the Presbyterian Church in America later in 2020. Thomas like to think of himself as a true confessional southern presbyterian (coming from the real south, Australia). Thomas enjoys reading, spending time with his lovely family, and running.