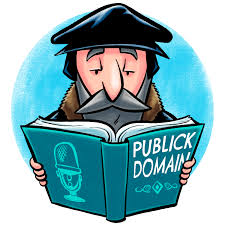 eNext follows: “Forgive us our debts” [Matt. 6:12]. With this and the following petition, Christ briefly embraces all that makes for the heavenly life, as the spiritual covenant that God has made for the salvation of his church rests on these two members alone: “I shall write my laws upon their hearts,” and, “I shall be merciful toward their iniquity” [Jer. 31:33 p.; cf. ch. 33:8]. Here Christ begins with forgiveness of sins, then presently adds the second grace: that God protect us by the power of his Spirit and sustain us by his aid so we may stand unvanquished against all temptations.

e(a)He calls sins “debts” because we owe penalty for them, aand we could in no way satisfy it unless we were released by this forgiveness. This pardon comes of his free mercy, by which he himself generously wipes out these debts, exacting no payment from us but making satisfaction to himself by his own mercy in Christ, who once for all gave himself as a ransom [cf. Rom. 3:24]. Therefore those who trust that God is satisfied with their own or others’ merits, and that by such satisfaction forgiveness of sins is paid for and purchased,84 share not at all in this free gift. And while they call upon God according to this form, they do nothing but subscribe to their own accusation, and even seal their condemnation by their own testimony. For they confess they are debtors unless they are released by the benefit of forgiveness, which they still do not accept but rather spurn, while they thrust their merits and satisfactions upon God. For thus they do not entreat his mercy but call his judgment.

eLet those who imagine such perfection for themselves as would make it unnecessary to seek pardon85 have disciples whose itching ears mislead them into errors, provided it be understood that all the disciples they acquire have been snatched away from Christ, seeing that in instructing all to confess their guilt, he admits none but sinners; not that he would foster sins by flattery, but because he knew that believers are never divested of the vices of their flesh without always remaining liable to God’s judgment. We must, indeed, wish and also zealously labor that, having discharged every detail of our duty, we may truly congratulate ourselves before God as being pure from every stain. But because it pleases God gradually to restore his image in us, in such a manner that some taint always remains in our flesh, it was most necessary to provide a remedy. But if Christ, according to the authority given him by his Father, commands us throughout life to resort to prayer for the pardon of our guilt, who will tolerate these new doctors, who try to dazzle the eyes of the simple-minded with the specter of perfect innocence so as to assure them that they can rid themselves of all blame? This, according to John, is nothing else than to make God a liar [1 John 1:10]!

Also, with the same effort these rascals, by canceling one section of it, tear apart God’s covenant, in which we see our salvation contained, and topple it from its foundation. Not only are they guilty of sacrilege in separating things till now joined, but also they are impious and cruel in overwhelming miserable souls with despair. Indeed, they are faithless to themselves and those like them because they induce a state of indolence diametrically opposed to God’s mercy. But their objection, that in longing for the coming of God’s Kingdom we at the same time seek the abolition of sin, is very childish. For in the first section of the prayer, the highest perfection is set before us, but in the latter, our weakness. Thus these two admirably accord with each other, so that, in aspiring toward the goal, we may not neglect the remedies that our necessity requires.

aFinally, we petition that forgiveness come to us, “as we forgive our debtors” [Matt. 6:12]: namely, as we spare and pardon all who have in any way injured us, either treating us unjustly in deed or insulting us in word. Not that it is ours to forgive the guilt of transgression or offense, for this belongs to God alone [cf. Isa. 43:25]! This, rather, is our forgiveness: willingly to cast from the mind wrath, hatred, desire for revenge, and willingly to banish to oblivion the remembrance of injustice. For this reason, we ought not to seek forgiveness of sins from God unless we ourselves also forgive the offenses against us of all those who do or have done us ill. If we retain feelings of hatred in our hearts, if we plot revenge and ponder any occasion to cause harm, and even if we do not try to get back into our enemies’ good graces, by every sort of good office deserve well of them, and commend ourselves to them, by this prayer we entreat God not to forgive our sins. For we ask that he do to us as we do to others [cf. Matt. 7:12]. This, indeed, is to petition him not to do it to us unless we ourselves do it. What do people of this sort gain from their petition but a heavier judgment?

Finally, we must note that this condition—that he “forgive us as we forgive our debtors” [Matt. 6:12]—is not added because by the forgiveness we grant to others we deserve his forgiveness, as if this indicated the cause of it. Rather, by this word the Lord intended partly to comfort the weakness of our faith. For he has added this as a sign to assure us he has granted forgiveness of sins to us just as surely as we are aware of having forgiven others, provided our hearts have been emptied and purged of all hatred, envy, and vengeance. Also, it is partly by this mark that the Lord excludes from the number of his children those persons who, being eager for revenge and slow to forgive, practice persistent enmity and foment against others the very indignation that they pray to be averted from themselves. This the Lord does that such men dare not call upon him as Father. eThis is also eloquently expressed in Luke, in Christ’s words [Luke 11:4].

p. paraphrase, designates a Scripture quotation or near-quotation, not conforming fully to any as yet ascertainable source; many of these are in oratio obliqua.

85 Alluding to the Spirituals, or Libertines. Cf. Sermons on Galatians ii (Gal. 1:1–5): “There are fantastic people who have imagined a perfection such that when we are regenerated we no longer have need of the remission of our sins” (CR L. 298); Contre la secte phantastique des Libertins xviii (CR VII. 205). Calvin has in mind especially the Quintinists, followers of a radical named Quintin, who had been burned at Tournai in 1530. Cf. III. iii. 14, note 30.