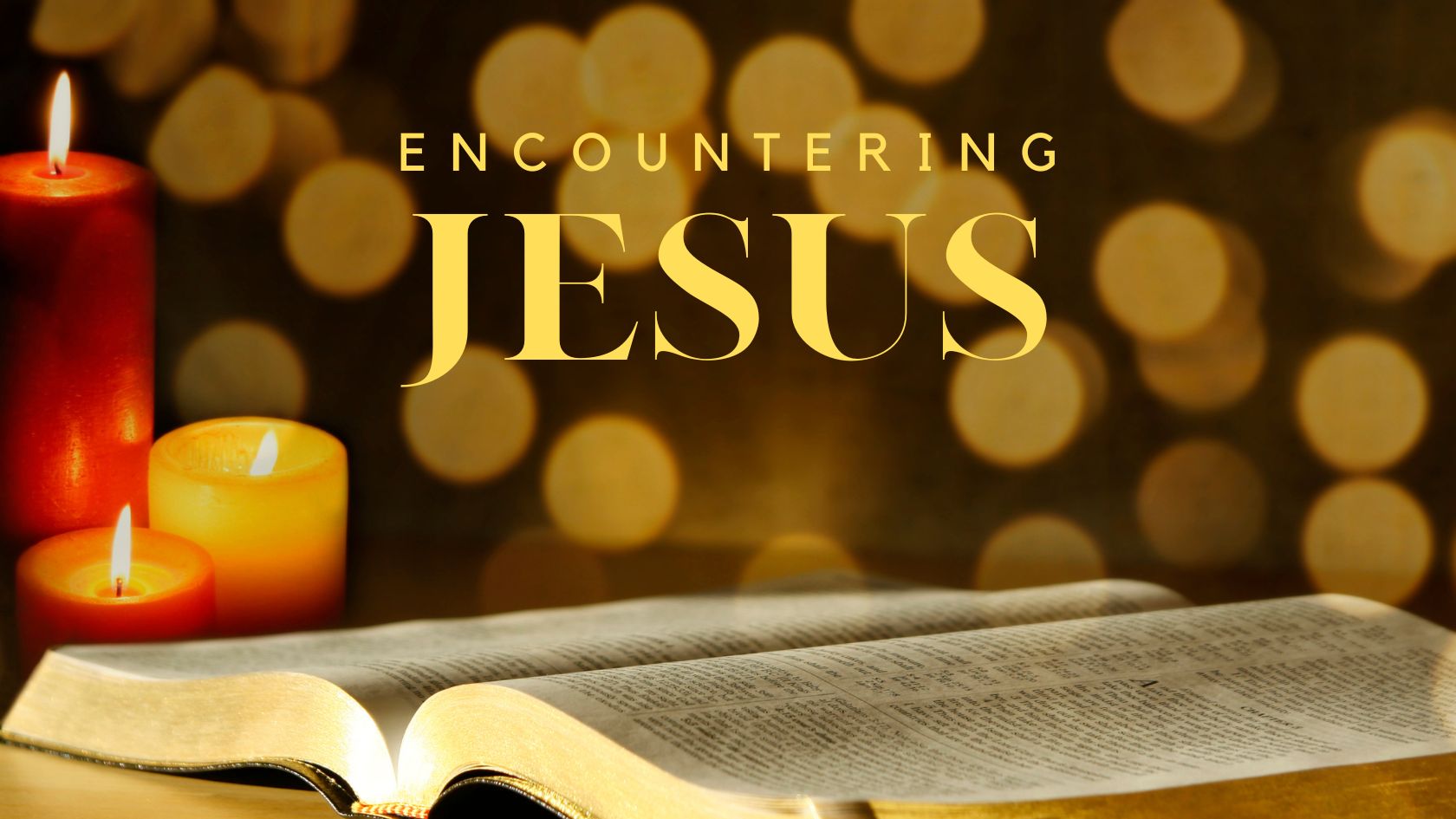 We finish our short series as we have seen the response of the incarnation from the first chapters of the Gospel of Luke. We finish with a short story about a woman who had a hard life but was filled with joy and praise. Although she is only mentioned in these two verses, we should find that she is a great example of faith for believers. Her life has a memorial written in the word of God, one that we should seek to be known for.

We are told six things about Anna. The first is that she is a prophetess, an interesting title given to Anna. It is used one other time in the New Testament, of Jezebel in the book of revelation. I do not believe they carry the same sense here. Being that Revelation had not been written at the time of Luke’s gospel. Luke has in mind the Old Testament where this word is used for four women; Miriam, Deborah, Huldah, and the woman in Isaiah 8 who bears a son called, Maher-shalal-hash-baz (meaning “The spoil speeds, the prey hastens). Now, there is a connection to all of these names, and that is that they all lived through great hardship and difficulty, oppression from other nations. However, they all saw God deliver the nation of Israel from their oppressors. Miriam records this victory, “Sing to the Lord, for he has triumphed gloriously; the horse and his rider he has thrown into the sea” (Exodus 15:21) Deborah said, “So may all your enemies perish, O Lord! But your friends be like the sun as he rises in his might” (Judges 5:31). Anna is named among these women.

Secondly, we are told that she is the daughter of Phanuel. Now Luke does not give us his reasoning for why he mentions this about her. Two main reasons could be why he does this, the first is that the readers of his gospel account knew of or knew who Phanuel was. The second reason could be the connection to why Luke mentions the tribe of which Anna is a descendant. Phanuel and Anna come from the tribe of Asher. This is the only time Luke tells us about which tribe someone comes from. Again, we are not told the reasoning. Personally, I believe we can see two things that help us understand why Luke highlights Anna’s story. The first is Asher was not a very big tribe. They failed to drive out the inhabitances of the land, they did not help Deborah when called upon, and they followed Jeroboam to the northern kingdom. However, in all of this Anna, is shown to be a devout woman who worships God in his temple in Jerusalem. This is also where the name of Phanuel might come in. Penuel is the name of the city where Jeroboam said, “Now the kingdom will turn back to the house of David. If this people go up to offer sacrifices in the temple of the Lord at Jerusalem, then the heart of this people will turn again to their lord, to Rehoboam king of Judah, and they will kill me and return to Rehoboam king of Judah” (1 Kings 12:26–27). That although Asher and even Penuel are connected to Anna, she is a devout believer in God’s promises. Luke often will show the outcasts of society are those who are ready to receive Jesus as the Christ. Anna is placed here to make us think of Simeon, Zechariah, Elizabeth, and Mary.

The fourth piece of information that Luke gives us is that Anna was advanced in years. In the short space of two verses, we see that Zechariah, Elizabeth, and Anna are all mentioned to be advanced in years. Dale Ralph Davis says, “So the remnant church we find in Luke 1–2 has a good sprinkling of ‘senior citizen’ believers, which suggests that your gray hairs and aching bones and arthritic joints are welcome in Jesus’ fellowship.”[1] The faithful, devoted believers during this time that are highlighted by Luke are those who are advanced in years. But also, they finally get to see the promise of God come to happen, in the space of their life, although they have lived most of their life, the best was saved for last. Simeon, although we do not know how old he was said, “Lord, now you are letting your servant depart in peace” (Luke 2:29).

Fifty, we are told that she was previously married for only seven years before her husband passed away. We are not told how old she was when she was married but seven years of marriage is not a long time, especially when people got married a lot younger than they do today, even if she was to get married as a 20-year-old (which is a high number) she was a widow at the age of 27. We are not told if she had any children, but even if she did they would not be able to help provide. She has had a hard time economically. Luke later records the warning of Jesus about how widows were treated by the Scribes, “Beware of the scribes, who like to walk around in long robes, and love greetings in the marketplaces and the best seats in the synagogues and the places of honor at feasts, who devour widows’ houses and for a pretense make long prayers” (Luke 20:46–47). In the Gospel accounts, the widow is seen as the faithful, Anna is one of these examples. Anna lived most of her life as a widow. We are told either that she was a widow for 84 years or that she was 84 years old. If she has been a widow for 84 years, then this most likely means she is over 100.

We find in these short verses a mini-biography of this woman’s life. We see hardships and difficulties, however, she is shown to be a devout and faithful woman despite this life she has. lived. That we see in these opening chapters of Luke that the faithful remnant are those serving God in the life which is before them.

What did Anna Do?

We are not only told about who Anna is but also what she did and how she spent her days. Luke tells us, “She did not depart from the temple, worshiping with fasting and prayer night and day” (Luke 2:37). Luke records her heart towards God, and what is she known for doing, worshiping, or serving God. The Author of Hebrews says this is what we should be known for, “Therefore let us be grateful for receiving a kingdom that cannot be shaken, and thus let us offer to God acceptable worship, with reverence and awe” (Hebrews 12:28). Anna fasted and prayed. Zechariah earlier had said, “that we, being delivered from the hand of our enemies, might serve him without fear” (Luke 1:74). Anna has served God without fear. Anna again is in contrast to those who we meet in the gospel accounts, the Scribes and Pharisees who pray and fast so that others may see and hear them, yet Luke, in a few words tells us about Anna. The passage says night and day, now this is most likely not that she lived in the temple. But if you were to ask anybody, where would you find Anna, their answer would be, “Go to the temple, you will see her there or wait for her it won’t be long.”

However, we are told that there was a time in Anna’s life changed, the hymn Amazing grace says, “The hour I first believed.” Luke says that there was an hour in Anna’s life not when she started to believe but she knew that the fullness of time had come. What she had been waiting for and anticipated had finally become a reality. This changed what she did, she no longer worshipped God through fasting but through proclaiming. Her words moved from supplications to thanksgiving. She immediately started giving thanks to God for what he had done. Now, we must assume that this is connected to the story of Simeon. Maybe she was worshiping God in the temple when Joseph and Mary came in to make their sacrifice, and she overheard the words that came from Simeon’s mouth. She shifts from praying to praising. This praise is not merely given to God but she cannot but help share this good news which she has seen at that hour to all who were waiting for the redemption of Israel. Here Luke is connecting all of these people together, Anna, Simeon, and Zechariah. They have been waiting and longing for this day. During this time we see a handful of people who are mentioned who have been anticipating that God would begin to work as he had promised. And Luke highlights these men and women who have patiently waited and finally saw this day of the messiah. Matthew Poole highlights that it is their names that are recorded in the Bible and not others, “and these [Simeon and Anna] the Holy Ghost taketh more notice of than of all the Jewish doctors, all the scribes and Pharisees, whose names are enrolled, while what these persons said and did shall remain for a memorial of them wherever the gospel shall be preached to the end of the world.”[2]

So we finish with the question we have been asking during this time of looking at how men and women have reacted to the incarnation of Jesus What can we learn from Anna?

To begin we need to start with her response, and that is that we see even though her life had faced many difficult ups and downs she was still a devout believer. She continued to worship God through fasting and prayer. She understood that being a believer did not mean that her life was going to be easy. She continued to serve God with what she had. She was patient, trusting in God. One truth that remains true of believers both in the Old Testament and New Testament is that they are ‘waiters’, not that they serve tables, but they wait patiently for God to fulfill his promise. People of faith wait for God to fulfill his promises. The Old Testament saints waited for the snake crusher to come, the promised Messiah. Finally, at the appointed time, God sends forth his Son and he lives his life, dies the horrific death on the cross, is raised from the dead, and acceded into heaven, and now we wait for the second coming of Christ. We live in the middle of Christ’s comings. Christians should be the most patient people because we are waiting people. We now wait, like Anna was waiting, for Christ not to come as an infant but to return. We should be praying and fasting for him to return. Praying that he would come and come quickly. Samuel Rutherford would say, “Come Lord Jesus, take big steps.” Praying that those around us would turn and repent before Christ returns.  As Peter explains in 2 Peter, “The Lord is not slow to fulfill his promise as some count slowness, but is patient toward you, not wishing that any should perish, but that all should reach repentance” (2 Pet 3:9).

But we also should be like Anna not only in our waiting but also in her worship and her proclamation. She was a great mouthpiece of God to share the good news of Jesus. We should seek to share this news with everyone around us. Without hesitation. With boldness. With passion and love for the Glory of God.